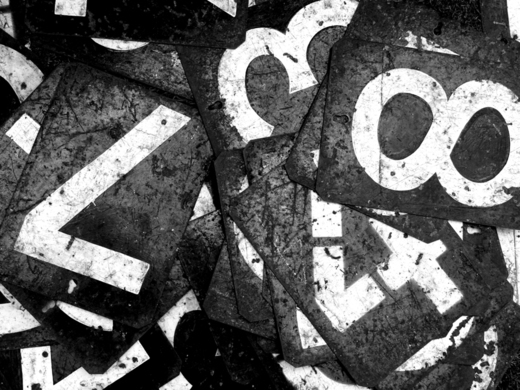 1. A meeting will be arranged annually and each Club entering shall be represented. At this meeting a committee shall be elected to organise the running of the competition and any other events connected with the League. The committee will comprise of the following:-

2.    The competition shall be called "The Charles Hoile Downs Cricket League" and its aims will be to further the game of cricket in the area in a keen and sportsman like manner. The normal MCC rules will apply together with these additional League Rules where they vary from the normal MCC rule.

3.    Accounts will be opened at Lloyds Bank (Harwell Branch) and the Nationwide Anglia Building Society in the name of the League.

4.    All cheques to be made payable to the League. All cheques withdrawing from either of these accounts to be signed by two members of the Committee.

5.    An entrance fee of £15.00 per team will be paid prior to the commencement of the competition. Any team not complying with this rule will forfeit any points gained from matches played until the fee is received.

I.            Subject to (ii) below, no player shall play for more than one League team during any one season without the written consent of the Committee.

III.            Clubs fielding just one League side shall no longer be required to submit a list of its registered players to the League Secretary.

7.     Matches will consist of 20 x 6 ball overs per innings, to be trialled for the 2013 season.  Should the captains feel the match could not be completed safely due to the light conditions on the day, they may agree a different format. (suggestions are 15 x 6 or 15 x 8).  Both captains should encourage quick change around between overs and when wickets fall to make the standard 20 x 6 format work.

9.     Wides and No balls. No extra delivery should be bowled in overs 1 to 19. The penalty for Wides and noballs is 2 runs in addition to any scored from the delivery. In over 20 of both innings, the normal laws apply, an extra delivery is bowled and a penalty of 1 run in addition to any runs scored. This rule is an attempt to minimise the length of matches especially early and late season.

10.     Winning teams will be awarded 3 points in the event of a tie (scores level wickets do NOT act as tie breaker) or no result each team will receive 1 point. If at the end of the season two or more teams are level on points, then the team that has the highest Net Run Rate shall take the higher place.

11.     Matches must be played on the date set by the Fixtures Secretary. Postponements for reason other than weather will not be allowed without Fixture Secretary approval. A period of two weeks is allowed after the official competition date for the completion of fixtures that have been postponed, the Fixtures Secretary will act as arbiter should sides be unable to agree any re-arranged fixture date. In the event of the home ground not being available the game should be played on the opponents ground if convenient and providing 48 hours notice is given. Teams failing to comply shall be fined £5.00 and forfeit the points. Any cancelation or risk of should be notified to the opposing captain by 10am on the morning of the match. This gives the opportunity for the captains to come to a mutually agreed solution and plan of action. The aim should be to play as many games of cricket as possible even if that means re-arranging.

12.     Matches will start at 6.15pm. The away side will bat first. The home side will take the field even if they are men short. In the event of a batsman not being at the crease at 6.15pm a wicket will have deemed to have fallen, and thereafter should batsmen not be at the crease every two minutes, a wicket shall be deemed to fall.

13.     All Clubs should provide a non-playing umpire and a scorer. In the event of a team not providing an umpire then the other umpire will stand at the bowling end for all 15 overs or the batting side will provide umpires. To be agreed by the captains before play starts.

14.     Both sides shall provide a score book. Umpires will check the score sheets at the end of each innings. To satisfy themselves and the players, the scoreboard must be correct at the end of each over. It is the responsibility of the home team to ensuring a completed score card is sent to the Results Secretary . If for any reason a game cannot be played on the date shown in the fixtures list then each Captain shall be responsible for forwarding a results card to the Fixtures Secretary stating the reason for postponement and notifying the re-arranged date for the game. Points can only be forfeited if claimed within a week of the original fixture date. Otherwise all non-played matches will have the points shared and be recorded as a No Result. Failure to supply a scorecard to the Result Secretary within 8 days of the match could result in a 2pt penalty. On first infringement a warning will be issued. (All at the discretion of the Result Secretary, but with approval of the Exec committee.) If a scorecard cannot be submitted, supply of the match result and deadline for the scorecard will be considered. Winning Clubs will hold their trophies until the Annual General Meeting at which time a receipt will be issued to the Club returning its trophy by a League Official. It is the responsibility of each winning Club to ensure that its trophy is engraved as to its win

15.     The League accounts shall be audited by an independent person and will be presented at the Annual General Meeting.

16.     Any amendments to the League Rules must be made at the Annual General Meeting.

17.     If any Club enters two sides, they may not play in the same Division.

18.     The Captains shall agree the match ball before play commences, a white or pink ball may be used.

19.    Generally speaking the top team in each division will be promoted and the bottom team will be relegated.  Teams finishing seconds top/bottom may be promoted/relegated, but this will be discussed at the AGM. The final constitution of the Divisions will however be agreed at the Annual General Meeting taking account of any resignations from the competition and the entry of new Clubs.

20.    The home side shall provide food after the match to further the social aspect of cricket. The away side should try to ensure that a high percentage of their side should stay on for the food provided.

21.    In the event of a Club wishing to make a complaint regarding the result of a match, such a complaint must be made in writing and sent to the League Secretary with the score card. The opposition should be told of the intention to complain at the end of the match and a written copy of the complaint sent to their Club. The League Secretary will convene a committee meeting to resolve the complaint within 14 days of the match.

22.     The home side shall display a copy of the League Rules for reference, if necessary, during each match.

23.     Advertisements will be placed in local newspapers during September and Clubs intending to enter the following years competition shall apply for entry by the last day of November together with the entry fee.

24.     In any cup competition every Club?s team shall be composed entirely of players each of whom have already played at least one League game for that Club during the current season.

25.     The ECB young players guidelines should be observed during league matches.

26.     Email is the standard means of communication from the league to the clubs. (Minutes, AGM notification, Fixture list etc) All clubs must ensure that an active email account is supplied to the League Secretary.

27.     The aim of the League is to play competitive matches in a friendly atmosphere. If any team feels that the competitive side is being taken too far, this should be reported to the League Secretary. Any team reported more than twice in a season will be asked to explain to the Exec Committee. As a last resort, the Exec Committee will ask any offending team to leave the league.

28.     If a team withdraws from the league mid-season, all their results weather played or not will be recorded as No Results.